Our sales associates are currently assisting other customers. To learn more about Primatech Paper, please visit us online at http://www.primatechpaper.com or try us again later. To return to the main menu, press the star key.

Our representatives are currently assisting other customers. Please visit us online at http://www.primatechpaper.com or try us again. To return to the main menu, press the star key.

Primatech paper is always on the look out for motivated people with abilities that fit our needs. Please visit http://www.primatechpaper.com and click on Job Opportunities. Enter the following code to access the application: MT36. If you would like us to alert you to other opportunities via Text Message, please enter your cellphone number followed by the pound sign. To return to the main menu, press the star key.

Texting APPLY to 46622 will send the user this text message in return:

Go to www.primatechpaper.com on your PC. Enter MT36. To get more messages like these reply Y.

Texting PAPER to 46622 will send the user this text message in return:

Would you like to hear more about Primatech Opportunities via text message? Reply YES now.

Replying Y or YES will result in the following text message:

You’ll be hearing from me again soon. We have a lot to do together.

An analysis of the page reveals that your answers to the 7 questions are evaluated to give you a code between 1 and 3. The algorithm used ranks every answer as either 1, 2, or 3, and then works out which one you answered most often. Thus it is a very basic form of personality test.

Any type value can be obtained by simply selecting 4 or more answers in that type's column. It seems that "Type 1" would be most like Mr. Bennet's personality. "Type 2" represents a determined (but just) personality like Mohinder Suresh. "Type 3" represents a non-confrontational conformist personality.

Filling out the form will initiate an email like the following:

Thank you for your interest in Primatech Paper. We will be in contact once we evaluate your application.

On January 25, 2007, people who submitted their applications received an email like the following:

Thank you for your interest in Primatech Paper and taking the time to complete our employee application.

The user then receives one of three types of responses, depending on the personality tests results:

We are always interested in unique individuals with special abilities to help us provide the best service to our many clients.

As our company continues to grow, we are always on the lookout for sharp-minded people to help pave the way for the future.

Unfortunately, after reviewing your submission, we don't have any openings that match your skill-set at this time. You are always welcome to re-apply at a later date.

The remainder of the message is retention & unsubscribe information:

Please retain this email for your records. A Primatech Paper representative will be contacting you in a few weeks with the next steps.

You've received this update because you subscribed to it while visiting www.PrimatechPaper.com.
To unsubscribe, click on the following link: unsubscribe me
***Please allow 3 to 5 business days for your unsubscribe request to take effect.***
You may also unsubscribe by mail. Send your request including your name and e-mail address to: Primatech Paper "Unsubscribe", 100 Universal City Plaza, Bldg. 1360 2nd Floor, Universal City, CA 91608

If the user chooses to have text (SMS) messages sent to them, they will also receive one of three text messages (UPDATE, TEXT, JOBS) depending on how they answered their application, thus making it easy to know which email they will receive:

Thank you for your interest in Primatech Paper and taking the time to complete our employee application. To receive updates by text message, reply UPDATE.

Thank you for your interest in Primatech Paper and taking the time to complete our employee application. To receive updates by text message, reply TEXT.

Thank you for your interest in Primatech Paper and taking the time to complete our employee application. To receive updates by text message, reply JOBS.

Thank you. A Primatech Paper representative will be contacting you in a few weeks with the next steps.

Hav u applied @ www.primatechpaper.com? Pswrd is MT36. Do this so we can strt wrking 2gether to bring 'em all down.

On January 29, 2007, after the airing of The Fix, those who applied to the website received the following email:

From: Primatech Paper <no-reply@primatechpaper.com>
Subject: more than paper... much more

Want to try to get into his files too? Go to primatechpaper.com,
find the helix hidden in the logo on the 'About us' page.

Enter the username bennet and password claire. The password to
get into my file is HGghx11a. Get 2 know me.

Trying to crack into this thing. I’ll let you know how when I do. Give me about a week.

I'm in and u shud b 2 Go online to Primatech.com when you get home. Find helix on About Us page. Username: bennet Password: claire. Get to know them thru me. HGghx11a. Talk again soon

Plan A goes into effect next week

Alternative 2: Users who signed up for text messaging will receive the following message:

The clues Hana is talking about are the differently colored letters on her Assignment Tracker page that, when put together, form GGeh81zu, Sylar's password.

On February 5, 2007, Hana once again contacted registered users with an additional password for Theodore Sprague's folder:

Get to know Ted, too: Go to http://www.primatechpaper.com and find the helix. Same place as before. Username: bennet / password: claire. Ted's code: TSntz14b. Remember: Username is always bennet.

On February 12, 2007, Hana once again contacted registered users with another additional password for Matt Parkman's folder: 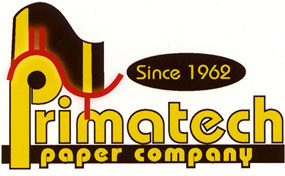 After receiving Hana's message and returning to the site, a variation of das Symbol now appears superimposed on the Primatech Paper Co. logo.

Navigate to the PrimatechPaper.com About page and mouse over the Primatech logo (it will have das Symbol mixed into the image). Clicking the logo brings up a prompt. Enter "bennet" as the user and "claire" as the password as directed and you are taken to an assignment tracker page with 4 available folder choices:

Want to try to get into his files too? Go to primatechpaper.com, find the helix hidden in the logo on the 'About us' page. Enter the user name bennet and password CLSx172. The password to get into my file is HGghx11a. Get 2 know me.

The first folder consists of a dossier for Hana, including several photos, Hana's Mossad psychological profile, and a medical diagram.

The second folder contains a dossier for Matt Parkman. Included are several photos and a medical chart. In the Research Documents tab on Matt's dossier is a file labeled "Scientific Studies", but it is marked as locked and is currently not clickable. The term "Broadman 41" on his medical chart refers to Brodmann's area 41 (aka Heschl's gyrus) of the brain - part of the primary auditory cortex. Interestingly, in addition to potentially being linked to telepathy, it also plays a part in auditory hallucinations in schizophrenics.

In the fourth folder is a dossier for Sylar including a medical chart with GGeh81zu in the corner. This code can also be found on Hana's profile by combining all the blue letters in her text.

Hana sent a message directing fans to her website: http://www.samantha48616e61.com/:

From: Primatech Paper <no-reply@primatechpaper.com>
Subject: Join the cause!

Around the release of Fantastic Four: Rise of the Silver Surfer the ads on NBC.com were changed to mention an employee screening, and a link to a preview video was added on the about page.

After the departure of Noah Bennet the site was updated with information concerning Noah Bennet.

We regret to inform that Noah Bennet is no longer an employee of Primatech Paper. All clients of Mr. Bennet will be contacted by a new Primatech Paper headquarters agent soon so that we may continue serving you with the same dedication and attention to detail provided by Mr. Bennet during his many years of service. As a valued customer, we look forward to a new beginning. Thank you for your cooperation and continued patronage.

A hidden link was found by players after Corinthianlasvegas.com was updated with Linderman's user-name and password. Users can access Richard Drucker's file by entering the passwords given into the log-in screen which will appear after the user clicks on the assignments. 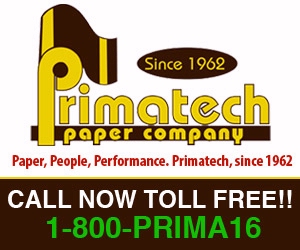